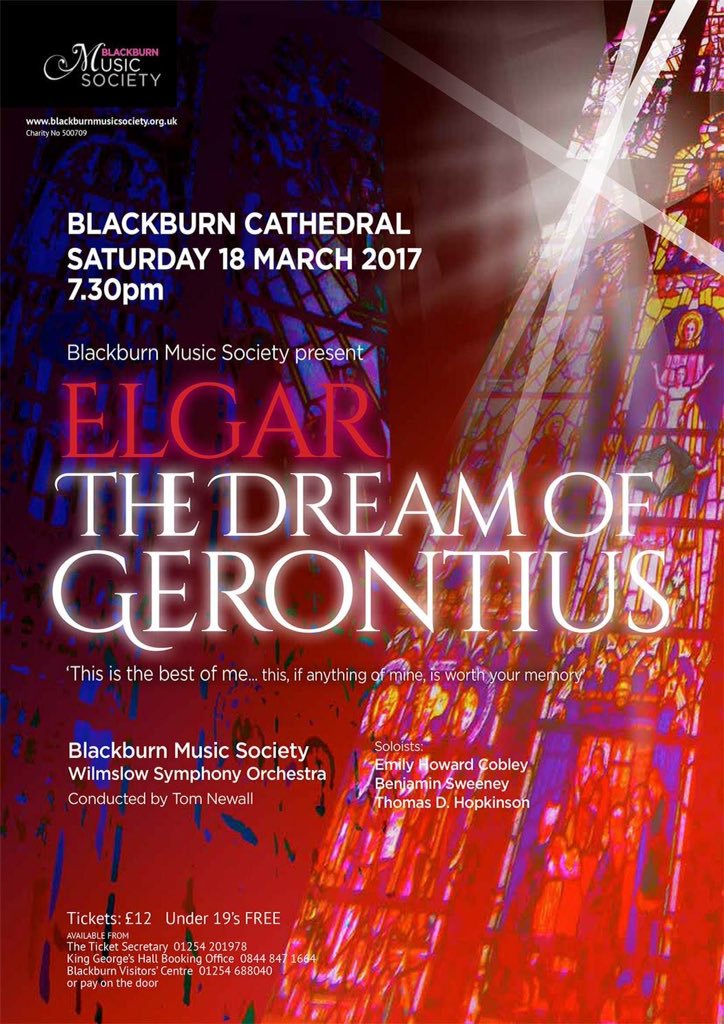 “This is the best of me…. this, if anything of mine, is worth your memory.” Edward Elgar

Emily Howard Cobley is a New York native and enthusiastic transplant to the UK’s Northwest.

She has performed roles such as Schwertleite in Die Walküre (The Metropolitan Opera), Azucena in Il Trovatore (New Jersey State Opera) and Katisha in The Mikado (New York Gilbert and Sullivan Players). She has a particular love of singing newly written material and has premiered dozens of new works. Notably, she sang the American premiere of Kevin Malone’s A Clockwork Operetta in 2012 with members of the Kronos Quartet (PEN American World Voices Festival). Of her PEN performance, Jane Ciabattari of National Public Radio said (Emily) “blew the roof off” “she was-appropriately-raucous, raspy and spell-binding”.

Other singing highlights include soloist in Mozart’s Mass in C Minor at Carnegie Hall and a performance of the ‘Laudamus Te’ from the same work for Bill and Hillary Clinton at Riverside Church. Emily is currently a Singing Tutor at the Universities of Manchester and Sheffield.

She is the founder and artistic director of Manchester Opera Project, an organisation dedicated to the development of new opera.

Benjamin is delighted to return to Blackburn to perform with BMS having previously sung with them in the autumn. Benjamin studied Music at Bath Spa University where he sang in Bath Abbey and Wells Cathedral and performed in Die Zauberflotë,

Gianni Schicchi and Don Giovanni. Following graduation, he returned to Manchester where he commenced studies with Dr Robert Alderson. Roles performed include Cavaradossi (Tosca ), Pinkerton (Madama Butterfly ),Turiddu (Cavelleria Rusticana) and Gaston (La Traviata ). Benjamin has performed in concerts throughout the UK and Ireland and a recent highlight was having the opportunity to sing at St George’s Hall, Liverpool. He also regularly performs with Waiters That Sing at weddings and corporate events. In September 2015 Benjamin undertook studies for his Masters in Music Performance at DIT Dublin and was awarded the highest mark in the year for his Recital. Whilst in Dublin he sang in The Barber of Seville in Wexford Opera House and Bord Gais theatre (Wide Open Opera).

You will find parking information here